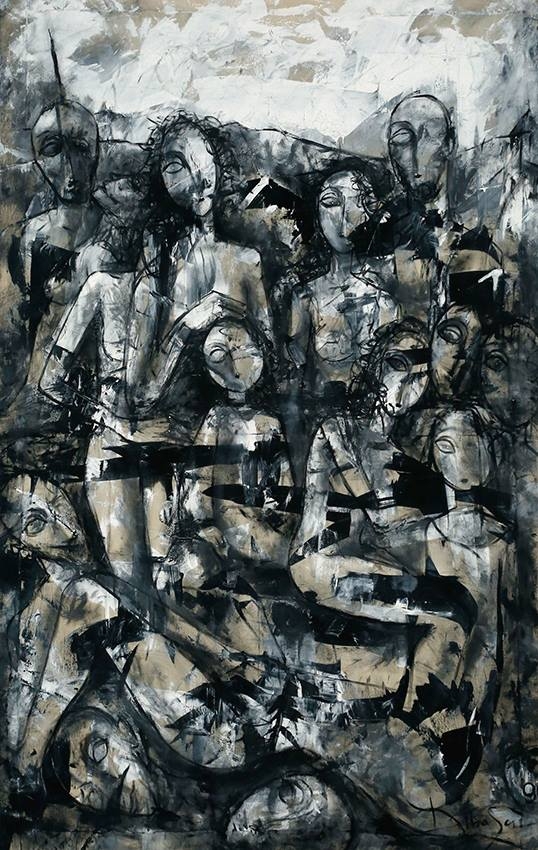 DibaSar: "The survivors of Armenian Genocide having their “Naufrages” standing, leaving their beloved ones behind. In their eyes, we see sorrow, suffering, and hope to continue to live." 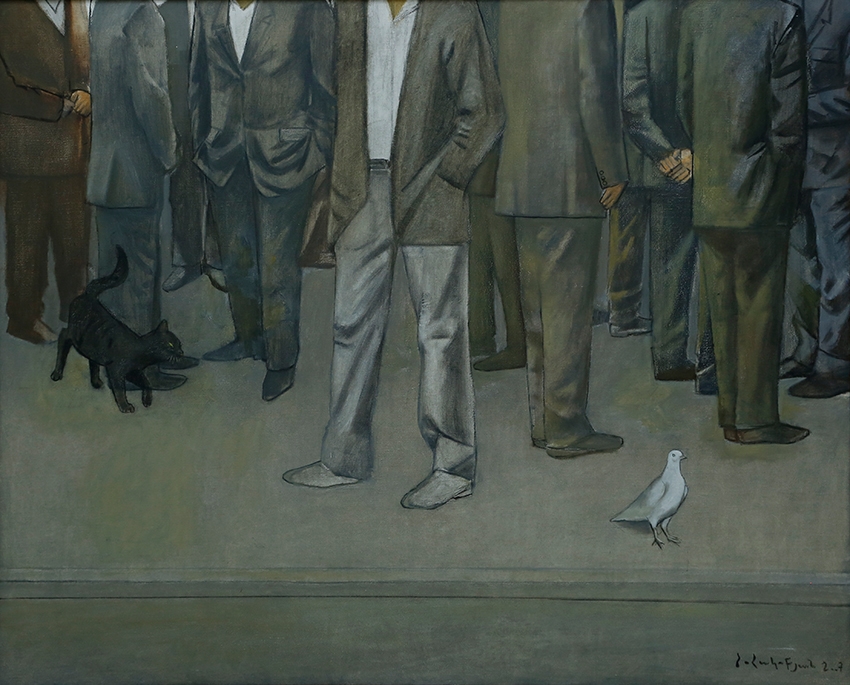 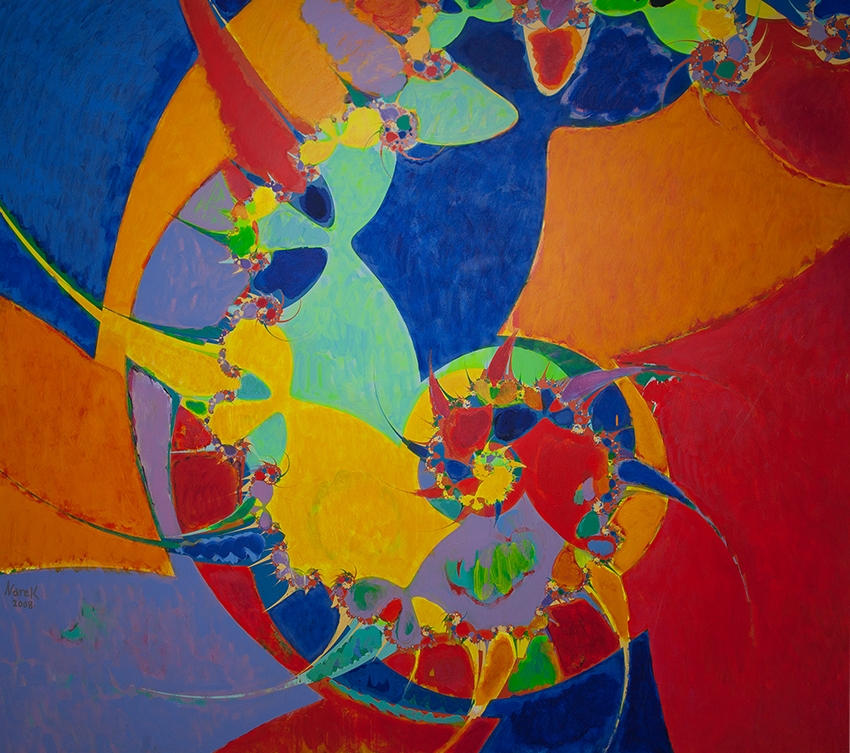 Narek Avetisyan: "Even the historical and cultural memory can subconsciously manifest itself in the time and space. The latter is in the identity of art and it’s ephemeral. The form changes and is being exposed to modification. But the form is the “body” of art for me, therefore, even the modified "body" is an identity-content-harmony in itself.

So the creativity of art can be understood as a whole system, aestheticism and theory, the wholeness of art, paradigm of composition." 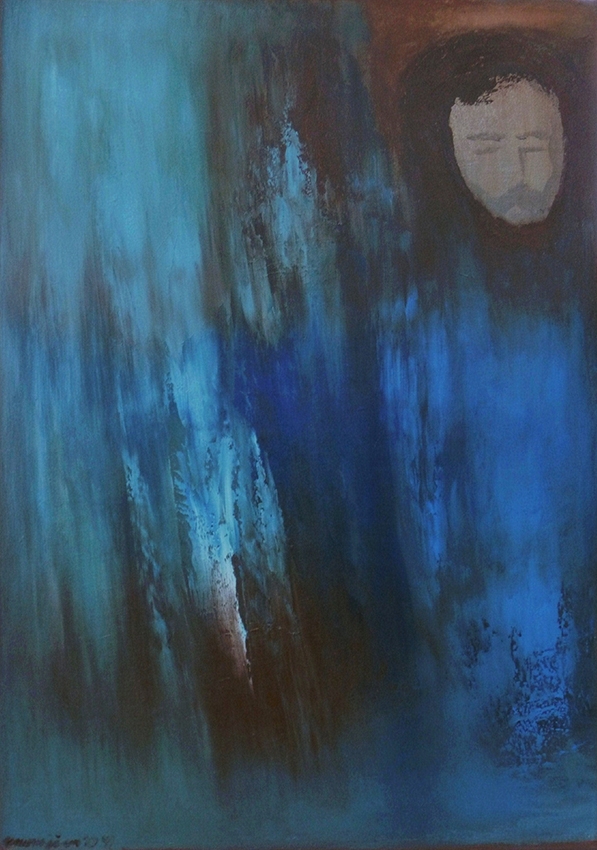 Krikor Momdjian: "This painting is to remember the missing poets who were arrested on the night of April 24th in 1915 in Constantinople and put to death, around 2500 Armenian intellectuals. The nature is revolting in anger. You can smell the blood in the dirty water explosion. They will never be forgotten, on the contrary, their memory has been cherished almost everyday for the past hundred years. I hope their souls will come to rest when justice is achieved by recognition and conciliation."