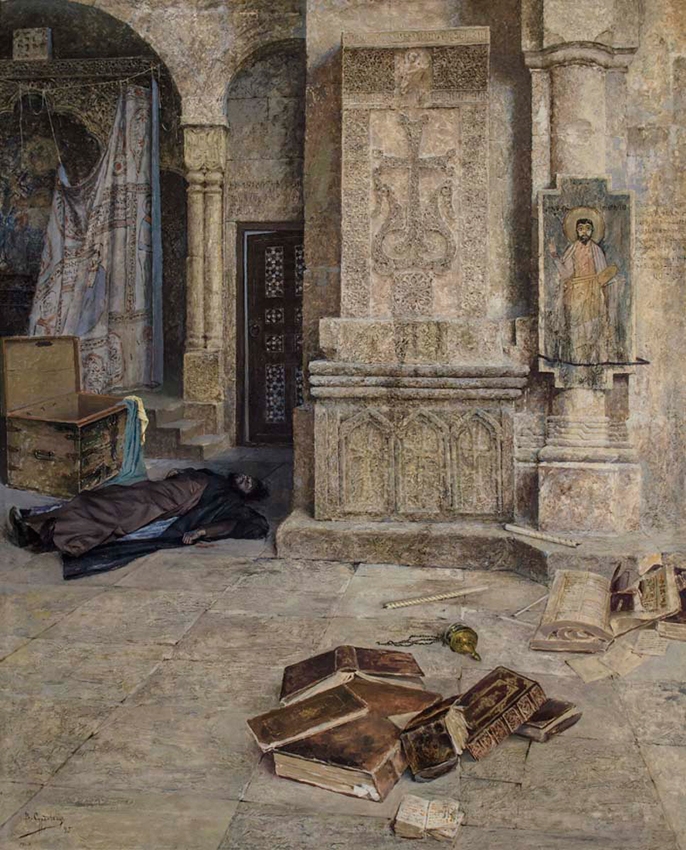 Vardges Sureniants was deeply concerned with the cruel destiny of the Armenian nation. He depicted the cruel atrocities by the Turks, that had been taking place long before the Armenian Genocide in 1915, looks like Sureniants documented the bitter fragments of the Armenian history in the "Homeless", "The Abandoned", "Massacre of Virgin", "The Monastery of ST Hripsime" and other canvases such as the "Desecrated Shrine" painting.

Slaughter and pillage, destruction of parchment manuscripts, massacre of the virgins and Armenian priests inside the church. But despite these scenes, Sureniants symbolizes hope and faith through the rising cross stones as symbols of strong faith and salvation of the Armenian nation. 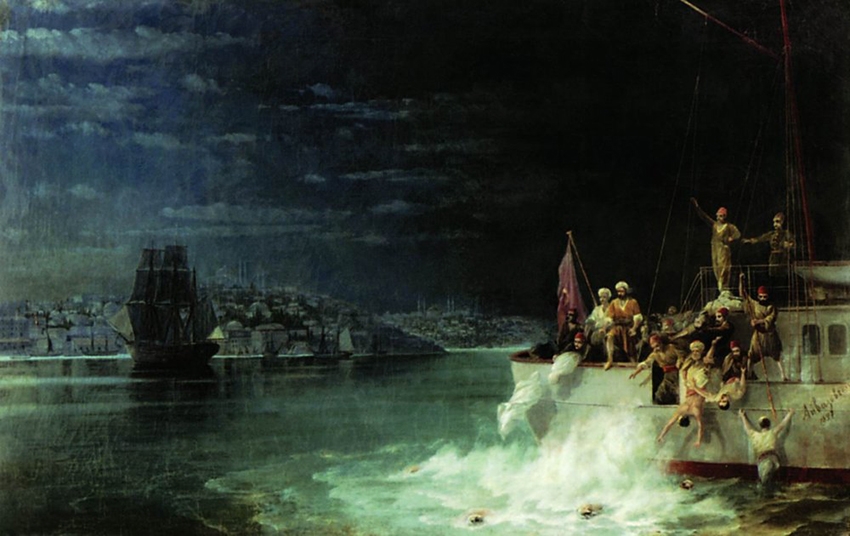 The Armenians inhabiting in the Ottoman empire have been continuously subjected to violence and massacres before the Armenian Genocide in 1915. Since 1894-96 more than hundred thousand Armenians have been massacred in various regions of the Western Armenia. This horrific and tragic news deeply influenced the world famous Hovhannes Aivazovsky. He expressed his pain and sufferings by creating series of painting such as "Night. Armenians thrown overboard", "The massacre of Trabizon", "Lord Byron visiting the Mekhitarist Congregation of ST Lazzaro", "Farewell" and the "Night. Tragedy at the Sea of Marmara" canvas as well.

Aivazovsky suddenly died in 1900 leaving the "Explosion of a Turkish warship" canvas unfinished on the molbert.