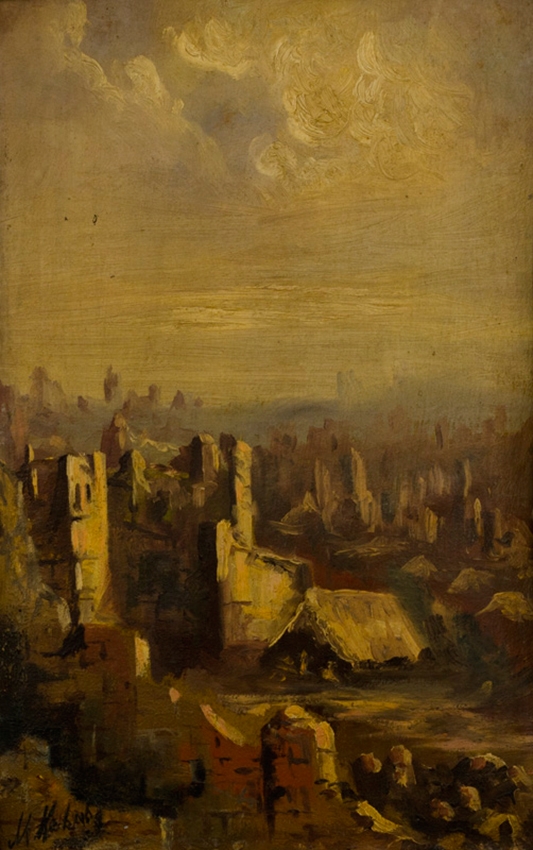 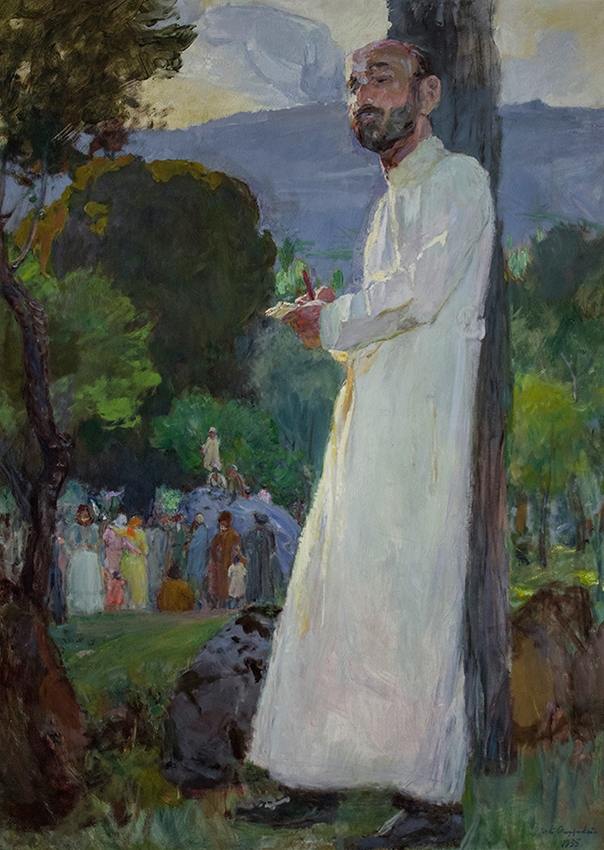 The character of the Kimotas Archimandrite is stamped as the symbol of the Armenian Genocide. Being a close friends with Kimotas Archimandrite, Yeghishe Tadevosyan wished to depict him not as a carrier of tragedy but as an embodiment of blossom: Komitas of hope and light. The artists created the character of Komitas in an impressionistic way, that is the closest to his heart, showing the glorification of his subtle and sensitive inner world. 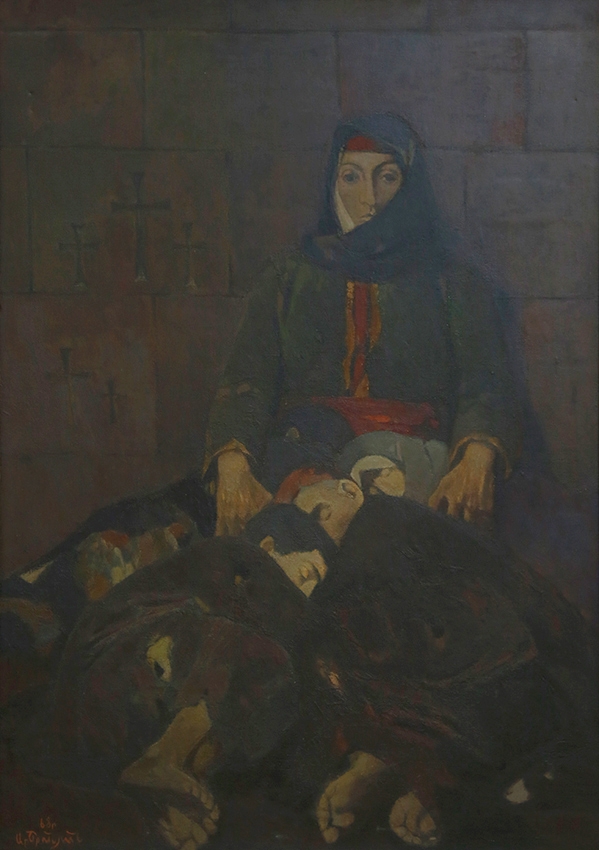 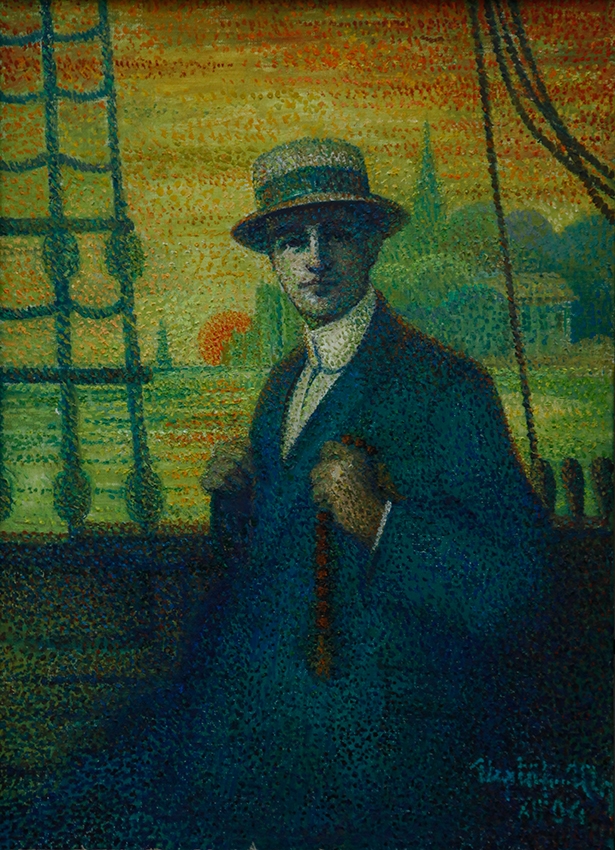 Stepan Andranikyan depicted The western Armenian poet Siamanto as symbolically and romantically as the poetry of the poet.

The poet of rich imagination and subtle senses sings for bloody destiny of the sons of the country creating the atmosphere of startling moods. But Siamanto’s creations along with the tragic images, has optimistic content as well. Describing the tragic horrors of the Armenian nation subjected to atrocities by the barbaric Turks, Siamanto thickened the appeal to the son of Armenia for avenge and liberation struggle, bringing hope for life and existence, dignity and justice, light and beauty. Siamanto’s creation is a national phenomenon, but thanks to that it has a universal content. He sang gracefully about the tragedy of little extinguishing nation in the imperialistic world, spreading hatred towards any kind of violence.

In 1915 he was among the group, not far from Ankara in the canyon, Turkish barbarians were violently torturing them with weapons, pickaxes, stones and axes. They say that the next day the Turkish Bashibozuks were walking along the streets of Ankara wearing the national costumes of the Armenian intelligentsia.

view more
share your arts
Here, you can upload your artwork dedicated to the Armenian Genocide. The uploaded artwork will be published in the
SHARED ARTS section.
Note: the site carries no responsibility over the copyright genuinity issues in the SHARED ARTS section. But still if you come across possible violation of copyrights, please, do not hesitate to contact us via [email protected] email address.